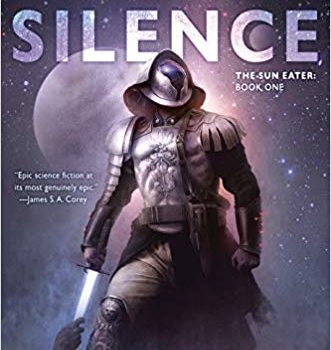 It’s got the same problem that The Name Of The Wind from Patrick Rothfuss has. The protag is great at everything he does. Nothing requires effort from him. His Space Opera Hero status is wholly unearned. When he does make a mistake it’s forced on him by the narrative in order to move him to the next episode.

Like the most egregious of this is when he’s a beggar in the streets. His best friend dies of a convenient plague that he’s immune to. He weighs her down with some rocks to bury her at sea. And walks away to the coliseum to fight in the games and be a space gladiator. Where he literally says “why didn’t I think of this before over the last 2 years?”

And he almost gets out of space gladiator status by stealing his dad’s credit to buy a ship. Which at this point, he’s been in hiding/poor for three years? When you’re hungry, you get REAL creative on how to come up with more money.

Being able to steal your dad’s credit card without being caught to buy a space ship would be like #1 on how to get off this planet right now.

Oh, hey, while we’re on the subject of space ships. Time is really handled weird here. First it’s “space travel takes time” so people get put in freeze sleep where they’re held until they arrive and they’re woken up.

Except… later on people are talking about how they used to travel around all the time when they were younger. And they make a big deal about how old you are and how that’s different than the number of years that have passed since you were born.

And then they don’t make a big deal out of it and everyone talks about space travel like it’s Sci-Fi FTL Star Wars kinda traveling. It really gets to the heart of how an interstellar empire requires faster than light travel because when it takes centuries to get anywhere, it really doesn’t retain cohesion.

If you like Dune style space opera there’s some good stuff in here for you. If you like Kvothe and that series of books- you’re GONNA LOVE THIS.