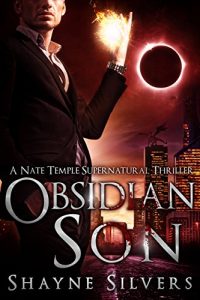 I’d be remiss if I criticized this book for having an unlikable protagonist.  My protagonist, Jack Story, is designed to be unlikable.  However, I do have to say that the protagonist in Obsidian Son is unsympathetic.

A lot of people think that you have to make your protagonist likable for the audience to root for them.  You don’t.  Two examples right off the top of my head are the MCU’s Tony Stark and Mel Gibson in Payback.

Tony, despite how charming RDJ’s performance is, is not likable. He’s rude. He’s a jerk to his friends. He only keeps people around based on how useful they are for him. His treatment of women is deplorable.

Mel’s character in Payback is a straight up bank robber. There’s nothing likable about this guy.

But we root for both of them, finding them sympathetic, because they do what we consider to be “the right thing.”  Sure, Tony is all those things I said he was, but at the end of the day he straps on the Iron Man suit and goes up against the forces of darkness.  Mel’s character just wants his cut of the money from the bank he robbed. Not all of it, just what’s due to him.

Things we think we would do in that same situation.  Thus we find them sympathetic.

This isn’t the case with Nate Temple. He’s got a Batman Origin, his parents were murdered. He’s a billionaire. He’s got magic at his disposal. But unlike Batman, he doesn’t do the sort of things we think we would do in that situation.

Imagine if you had magical power and essentially unlimited money.  Now add in the certain knowledge that your parents had been murdered. How would you spend your days?

Hunting down your parent’s murderer or would you run around collecting rare books for clients?

Exactly. Nate  doesn’t do that. He isn’t Batman. He is living his life as if no tragedy had touched him. And has a rare book store.

But there are some good things about the story. The use of the Minotaur from Greek myths is fun. The bookstore sisters are interesting. The action is fun. But I found Nate to be unsympathetic.