In which I explain why I bought my 5 year old his own bottle of whiskey. 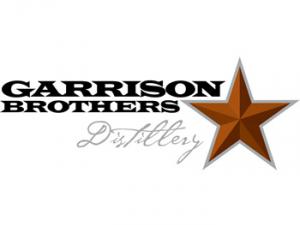 In which I explain why I bought my 5 year old his own bottle of whiskey.


What is actually many years ago but doesn’t feel like it’s been more than  5 years ago, I was part of a wedding of a college friend. His name is Brian.  Brian is a great guy. He’s an officer in the Army, he’s got 3 amazing kids, and a spectacular wife.

Why do I bring Brian up?  Because of his dad.

You see, at that wedding, Brian’s dad David had a special gift for him. You see, upon the occasion of Brian’s birth, David had gone to the liquor store and purchased a bottle of Wild Turkey.  He held on to that bottle year after year, until his son had graduated from college, got married, and then received his commission in the Army. AT the wedding, he gave Brian that bottle.

I thought that was the coolest thing. When his son was born, he had a vision of giving that future son a bottle of something that was as old as he was.  It was touching. He wanted to mark that future occasion by being able to call back to that birth. To have some tangible thing to hand off, to say to him, “I have carried this with me as I have carried you. You’re a man now. It’s time to go out in the world. You’ll probably want a stiff drink before you go. It’s wild out there.”

So, fast forward a few years later, and my wife is about to give birth to a son. I couldn’t forget what David had done, how he had gone to the store to mark an occasion that was happening then and would happen 20 years in the future. I decided that I would to it too.

So, just before the scheduled birth date, I went to the liquor store. I have never cared for Wild Turkey (oh, it’s fine, but it’s not high on my purchase list). I also thought with the explosion of craft distilling I should probably get something from Texas.  Like make it a theme, you know? We’re in Texas, he’s born in Texas, the whiskey was made in Texas.

They’re a Texas distillery. But there are two specific reasons I bring this up. You see, most small distilleries actually buy their whiskey from the big stills in Tennessee or Kentucky and have a Master Blender mix the spirits to create their specific flavor.  Often the whiskey is then bottled at the source and shipped to the specific state to have a label slapped on it.

Garrison doesn’t do that. 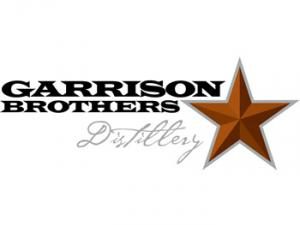 Garrison Brothers Distillery makes, and I’m going to quote them here, ” Our bourbon is made – from corn-to-cork – in Hye, Texas, one barrel at a time. It’s handcrafted from a sweet mash of premium, #1 food-grade corn, soft red winter wheat from local farms, and two row barley.”

In other words, it’s a Texas whiskey made from grains grown in Texas, distilled in Texas, Aged in Texas, and bottled in Texas.  If you distilled Texas into a whiskey, it would taste like this.

He said, “Oh, Garrison brothers. They’re great. I think they’re the only ones who label when and where the grain came from and what year it was distilled.”

This was more than perfect! It was destiny!

Except there was one small problem…The process takes 4 years. So the bottle I was holding right then was from 2007. It was 2011. I would have to wait 4 years before the whiskey for my son would be available.

In that time I had a second son. I moved to a new city.  I set a reminder in my Google calendar. And in the Summer of 2015, it was time.   I went to the nearest liquor store first. I walk in and asked if they had the newest bottles from Garrison.

And like the destiny I knew it to be, the clerk said, “Yeah, I just put it out.”

I went over to the bourbon shelf, and there it was! A smooth $80 later, I was the owner of a bottle of whiskey that I wasn’t going to drink for at least 16 years when I gifted it to my oldest son, The Elder Spawn.

When I got home I showed it to my wife and she said, “Oh, yeah, I forgot you wanted to do that. Neat. Now go change your youngest son’s diaper.”

If you’re thinking “wow, what a great dad. He changed diapers.”

You’re totally right, I am a great dad.

Because! I also swore at that moment to get a similar bottle for my other son, the Younger Spawn.  I set the calendar reminders. This time we didn’t move cities so I figured it would be easier. He was born in 2013, so hit the stores in 2017.

Except it didn’t work out that way.

I went to the store I’d gone to before. They didn’t have any. In fact, they still had some Garrison from the year I’d bought 3 years earlier!

I went to other stores. The same thing. They had bottles of Garrison available. But nothing from the year I needed. Over the course of the next year, I would locate and drive to another liquor store to see if they had the year I was looking for.

I contacted the distillery. They said that the bottles had been shipped. They even gave me a list of stores that had received it in the Dallas/Fort Worth area.  I drove to each one of those.

Nothing. The bottles for 2013 weren’t there.

I kept going to the stores. Nothing. Store after store. By now I had learned which stores were selling and which ones just dusted theirs off. But still no luck. 2017 turned into 2018.

But it was looking like the destiny that had fallen on me for the Elder Spawn was in short supply for the Younger Spawn.

Until I noticed that a large chain liquor store was opening just down the highway. And I thought, “well, if anywhere will need a sudden supply of whiskey it will be a place like that. And one of the sister stores carried the label but didn’t have the right year. I better check it out.”

I walked straight to the bourbon section- at this point I have kind of a sense of where that’s gonna be- and went to the G section.  And there at the top shelf, helpfully turned to the side to show me the date, was a bottle of Garrison Brother’s Straight Bourbon Whiskey.

Destiny fulfilled!  AND because it was a grand opening, I got 10% off.

Destiny fulfilled with a savings bonus!

So now, when my sons have grown into men and are ready to go out into the world I will have something for them. I will say, “Hey, you’re a man now. I’ve carried this bottle with me for as long as I have carried you. It’s time to go out in the world. It’s wild out there. You’re going to need a stiff drink.”